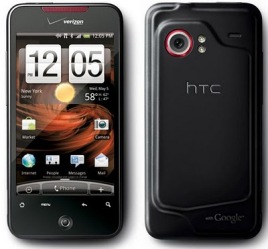 According to brighthand.com, Verizon CEO Lowell McAdam says that his company sold 100,000 units in the first two days this model was available. As a result of the strong demand coupled with shortages of the Incredible’s AMOLED display, the smartphone won’t be available again for several weeks.

The carrier’s website shows that ordered placed today are expected to ship on or before June 4.

An Overview of the HTC Droid Incredible

This smartphone has a tablet shape designed around a 3.7-inch WVGA (480 x 800) touchscreen.

The Incredible is Verizon’s first with an 8 megapixel camera, which offers auto-focus and dual LED flash.

The HTC Droid Incredible costs $200 after a $100 mail-in rebate with a new two-year customer agreement, and customers will need to subscribe to both a voice and data plan.