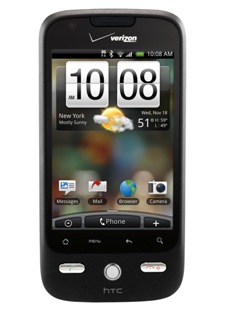 According to ZDNet writer Joel Evans, the Droid Eris mobile phone received an update to the Android 2.1 version of the Android OS. Here are some features that he mentioned for the new Android 2.1 update:

If you’re a Droid Eris user, this is great news. If you’re not a Droid Eris user, you can pick one up for $79.99 (with a 2yr contract and a $100 discount), but you run the risk of buying a phone that is rumored to be discontinued in the next month or so.