Samsung i897 coming to AT&T 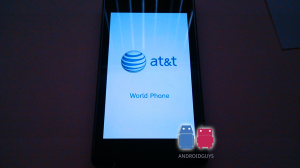 The Samsung i897 is going to be one of AT&T’s high end Android based phones. The tech specs of the device are a 4-inch AMOLED screen, Android 2.1 & a 5-megapixel camera. According to Androidguys the device could have a 1Ghz Snapdragon processor. The phones tech specs does resemble the Samsung Galaxy S, which is supposed to be released on all four major U.S. cell carriers. The source at Androidguys also stated “ I also noticed that there is the default Google search widget on the main page of the handset. Not sure if this is a big deal but I remember reading that the Backflip used Yahoo search instead of Google. Of course this is a developer handset so they still might go with yahoo in the end.” 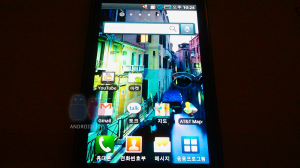 So AT&T may not cripple the phone like they did with the Motorola Backflip and take a lot of the Google Mobile Apps out. This will in turn give customers a better experience of the Android operating system. So tell me what do you think of the Samsung i897? And how do you feel about AT&T crippling their Android handsets?

curious if this Samsung i897 really has an AMOLED or a “Super” AMOLED.. this is the deciding factor between this phone and the iPhone 4.0.