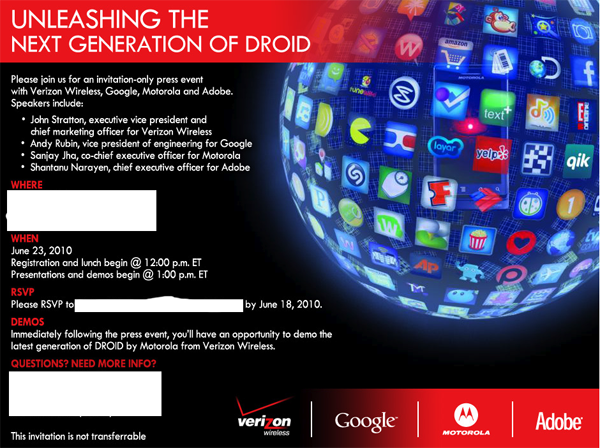 Well, according to Fortune website Google,Verizon,Adobe & Motorola are planning an announcement on June 23rd.  According to an email sent to Fortune during a press event they will announce the latest Droid handset by Motorola. And judging from the list of speakers during the press event, the handset could include Android 2.2 & Adobe Flash.  The press event does come the day before the iPhone 4 goes on sale, so this could be a way for the four companies to take some of the excitement away from iPhone 4 launch. So what do you think might be announced at the event?