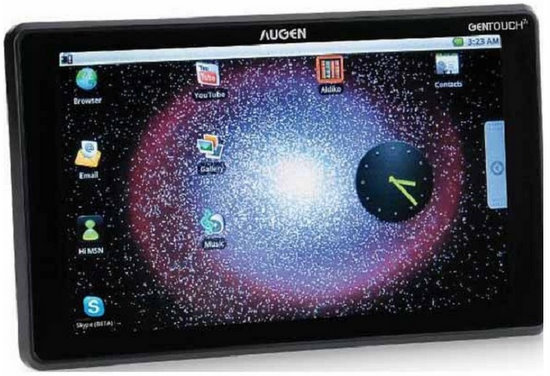 How about this for your fine Saturday afternoon!

You know the Augen GenTouch 78 Android tablet I wrote about last week? The one that was catching all the media attention because of it’s price point of $149? Yeah, that one.

Come to find out, Augen is selling their Droid tablet with a pirated version of the Android OS.

So basically you have K-Mart selling pirated copies of an Android tablet!

According to LaptopMag who reached out to Google for comment about the Augen situation, a spokesperson from Google said:

As it is, even though Android is an open source platform, you still need licensing and authorization from Google to distribute the OS on any device – something Augen overlooked (and KMart too).

And that puts us back to square one on waiting for a killer Android tablet to hit the market.