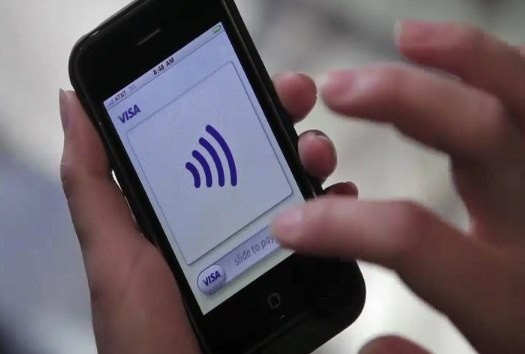 Google has announced plans to partner with CitiGroup and Master Card to bring you the “wave to pay” technology that allows you to complete a purchase with your credit card by simply waving your Google Android device.  This according to the Wall Street Journal.

This futuristic payment system could be here as early as this year.

But look at the companies teaming up with Google – Master Card and Citi Group. What major credit card company is missing here?

And let me give you two guesses who’s got Visa in their back pockets….

It is widely expected that the iPhone 5 will be sporting the new wave to pay technology.

No longer will you need to carry your wallet and fumble around to find your credit card. Simply pull out your phone – or it’s probably already in your hand – wave your mobile phone and pow… that’s it… payment made.

Even though Google is playing a major role in the development of the “wave to pay” technology on Android devices, the search giant does not plan to make any money from the transactions.

Google vested interest lies in the data gathered from local vendors by the users of the wave to pay apps, and then leveraging that data for the local retailers to push out smarter advertising.

For Google it’s all about the advertising dollar.

For everyone else, it’s all about making the transaction a profitable one.

What are you thoughts about this new “wave to pay” technology that is just around the corner?