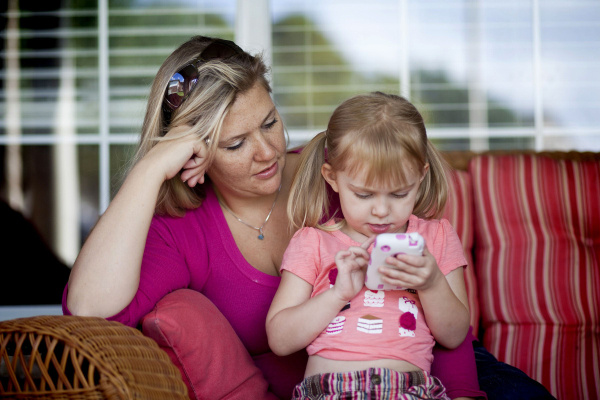 Yesterday I got a glimpse at the influence smartphones have had in our lives up to this point, and their role in the future of our children.

My wife and I were having lunch with some friends yesterday and between our two families, there were six kids total (my wife and I have 4, our friends have 2).  The youngest of the six is 3 years old and the oldest is 11 years old.

Church had just let out about an hour earlier and everyone was hungry.  So our restaurant of choice was Shanes Rib Shack in Athens, Georgia.

The food was excellent, as always, and we occupied a back corner of the restaurant.  When their’s ten people total, to include six kids, you need some room to spread out, so the sprawling tablets in the corner were perfect.

So after we ate, we were just sitting back and hanging out trying to have a conversation.  And of course, as typical kids are, they get rambunctious just sitting at a table after you eat.  The little one is starting to climb all over the adults, and the older ones are trying to find ways to amuse themselves.

Between the six kids, there were only a couple of iPod Touches and one iPhone.  This was perfect for the ones who had the devices, but not so much for the kids who didn’t.

Pretty soon the kids who didn’t have any any devices to play on were asking the adults to borrow their smartphones.  Between the adults there were three iPhones and one Android smartphone (that was mine, I traded in my iPhone for an Galaxy S).

And then it happened, I got a glimpse into the impact of mobile phones not only in our lives right now, but the role mobile phones will play in the future.  All six kids had a smartphone and were playing games.  From the three year old to the 11 year old, every kid was holding a smartphone and intently engaged staring at their screens.

The adults were thinking, “wow… look at that.  All six kids lost in the world of a smartphone.”

It’s moments like this that Apple and Google would get excited about because here you have young kids actively engaged in smartphones.  This means, the future of smartphones are bright.  And even for today, regardless of age, smartphones are in high demand and have some utility in people’s lives.