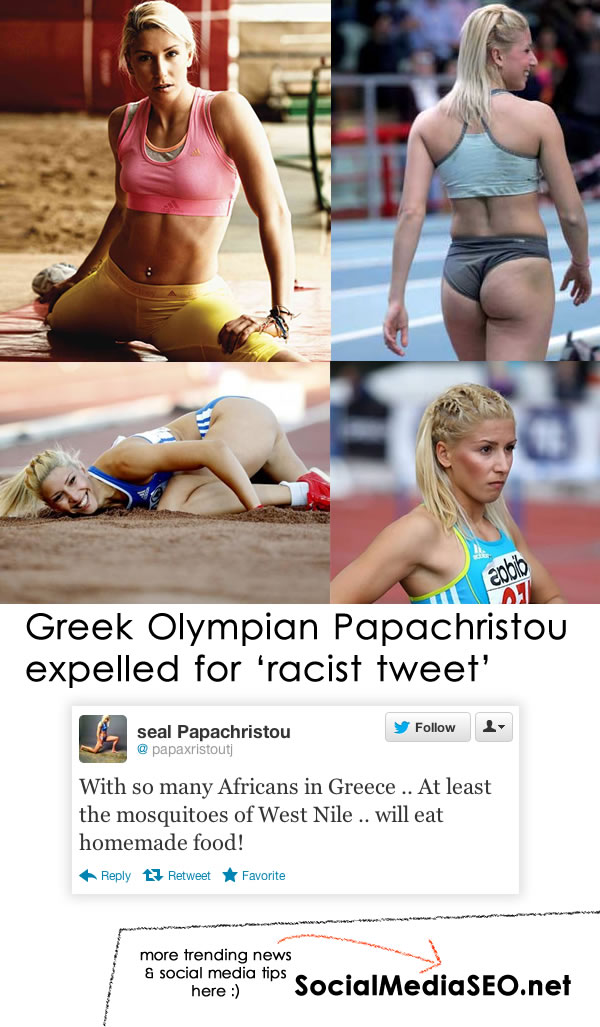 Greek triple jumper Voula Papachristou has been expelled from her country’s Olympic team over comments she posted on Twitter which were considered racist.

So what was so offensive that could get Voula kicked out of the Olympics? She mocked African migrants and expressed support for a far-right political party.

Voula Papachristou was kicked out of her national team for mocking African migrants and expressing support for a far-Right political party.

“With so many Africans in Greece, at least the West Nile mosquitoes will eat home made food!”

What do you think?  Was she really overboard or was she just trying to be funny?  I personally don’t think she meant it as a racial joke and don’t find the comment that racist to begin with.  I’m sure some would say that it was completely unnessessary and it was.  I mean, she shouldn’t be Tweeting anything that could be considered controversial.  Maybe this will teach athletes a lesson: Don’t Tweet Your Own Jokes.