Instagram is making progress by leaps and bounds with every day since its foundation was laid by Facebook in 2012. It has provided awesome features to its users with tremendous photos and videos sharing capabilities. Instagram direct brings new flavor to the unique App by providing the capability to share photos and videos with individuals or small group of people. It is becoming busier as the time is advancing and during 2014, the trend will shoot up drastically.

Facebook intends to put Instagram in competition with the Snapchat that deals with 400 million photos each day. However, it’s too early to dream of reaching that landmark. Let’s look at some of the wonderful achievements of Instagram during 2013.

Justin Bieber has more than 12 million followers on Instagram and he certainly is in the limelight at the moment on the forum. He is the first person on this forum to induce 1.5 million likes for a photo. His progress is not impeded to that snap only. He is regularly crossing the mark due to huge number of followers.

The picture that generated highest likes contains Bieber with actor Will Smith as shown below. 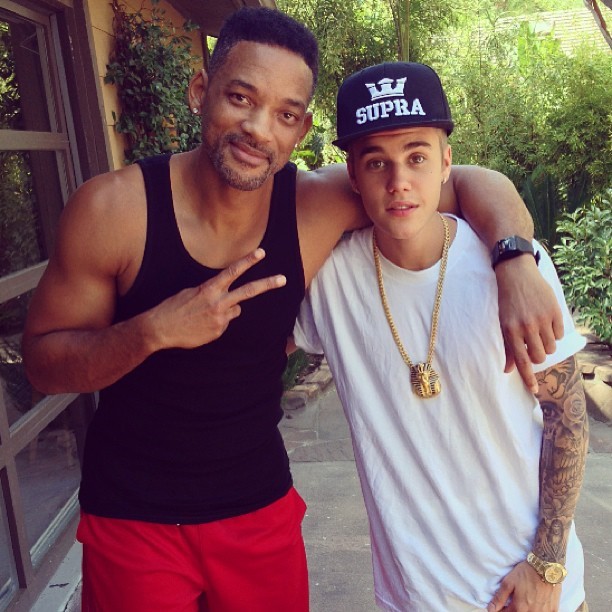 The most notable occurrence of 2013 is perceivably the overlapping of events of Thanksgiving and Hanukkah after 100 years on 28 November. Instagram users broke all records of photos sharing on that day.

Instagram didn’t present the statistics of number of videos or photos shared that day but still we can think of a huge number that can be beaten only on some other special day as November 28, 2013. It has been predicted that the next Thansgivukkah will occur after a thousand years now.

The hashtags are part and parcel of every social network these days. Instagram is not an exception to this trend either. This year, the top hashtag has been ‘#love’. Its popularity can be easily guessed from the fact that more than 371 million posts had ‘#love’ as hashtag in them.

Some other hashtags that got popularity are ‘#friends’, ‘#food’, and ‘#fashion’ etc.

Instagram users are spread worldwide and not only from the United States. This fact is supported with the figure that more than half of the top five popular geotagged cities are outside US. However, individual locations have different statistics to tell. Eight of the ten top most locations are all from United States.