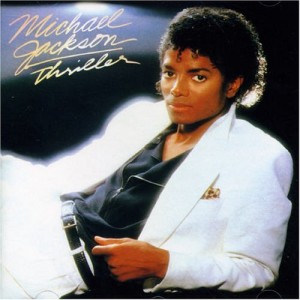 It’s no secret that Michael Jackson’s Thriller video (watch video below), is one of the world’s most popular videos. And according to a new report out today, it may be on it’s way to the #1 spot of the most watched video of all time!

From Visiblemeasures.com, here’s where Michael Jackson’s Thriller video is performing:

“Thriller’s recent performance has bumped both the original Twilight film and Susan Boyle back a spot. The celebrated music video has grown over 80 million views since our July update, enough to hop 5 spots and slip passed Twilight by just one million views.”