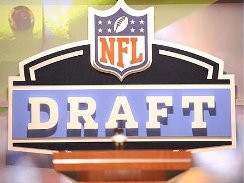 Since yesterday, there has been speculation that Ben Roethlisberger was going to be traded to from the Pittsburgh Steelers to the Oakland Raiders.

The NFL announced that Ben Roethlisberger would be suspended for at least four games during the 2010 NFL season, and possibly even through week 7. This long drought of Big Ben playing, plus the negative publicity that has been pouring into Pittsburgh, has the Steelers organization looking for a way out.

Reports of the Steelers possibly trying to trade the two-time Super Bowl winning quarterback were thought to be heating up on Wednesday, the day before the 2010 NFL draft, until word was reported that the Rams would not be interested in trading their No. 1 overall draft pick. Discussion has now turned toward the Oakland Raiders, according to BleacherReport.com. There is no confirmed news however that the Oakland Raiders / Ben Roethlisberger trade is final.

Eeach of Carroll’s tweets comes with a link to that song’s music video on the Bing.com website. And, yes, Bing is a corporate partner of the Seahawks, who wear their logo on their practice jerseys along with other sponsor relations.

So the game here is to try and guess who is referenced in the tweets as it relates to the 2010 NFL Draft:

This is irresponsible reporting. Who said the trade is final? No one in Pittsburgh, ESPN, NFL.com…you're relying on Bleacher Report? You know that is a a bunch of hacks with opinions. It's basically a blog site.

why did they trade him to oakland