Motorola Droid is expected to get Android 2.2 (froyo) 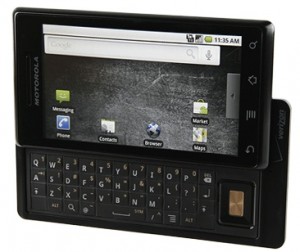 “We’re excited to see Google’s news of the next version of the Android operating system and look forward to integrating it on our Android-based devices as it’s made available to the open source community.” “While I can’t comment on specifics, we do expect the Droid by Motorola users to receive Android 2.2 as a software upgrade in the near future.”

Unfortunately that’s all that the spokesperson could say about Android 2.2 for the Motorola Droid. So we don’t know if Android 2.2 is going to be the exact same as the Nexus One or if it will be missing a few features of the mobile operating system. Since the Motorola Droid is a Verizon branded phone it’s possible that Verizon could disable the tethering & portable Wi-Fi hotspot functions.

6 replies on “Motorola Droid is expected to get Android 2.2 (froyo)”

i think its unfair if verizon take the hotspot away from us :( ive been waiting for that to happen….

ive ben very tempted and put off rooting just for the tether/mifi capability. if verison keeps it (keep your fingers crossed) i will be soo happy!!