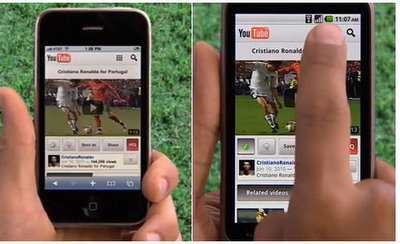 Google did the same thing when Apple rejected the Google Voice iPhone App – Google, within a matter of a week or so, released a web based mobile version (m.google.com/voice).

So take this process one step further and Google is on track to set an entirely new precedence for mobile devices.

I know I’m not the only one who sees the writing on the wall here. Google will take this concept one step further and completely kill the iPhone App market.

After all, why get an App from Apple’s App store when you can access the mobile version from any mobile device.

And for the developers, why develop something that is exclusive to the iPhone – especially with the rising Android market of mobile devices?

Developers will most certainly follow Google’s lead here and bypass the arduous task of getting apps approved through Apple and start to develop mobile versions – accessible on any and all mobile devices.

Sorry Apple – this is a bed that you actually made for yourself.