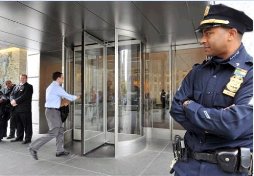 With the recent developments in the Goldman Sachs and SEC fraud case, one might come to the conclusion that the whole accusation was planned and politically motivated.

Earlier today, I shared a video of Rush Limbaugh talking about how The White House, and the Democratic party, was running a Google Adwords campaign for the keyword “goldman sachs sec”, right around the time the SEC filed the charges against Goldman. The link from the ad campaign would link visitors directly to President Barack Obama’s website.

The relationship to the keyword targeted ads, and the SEC filing of fraud charges against Goldman Sachs, might seem coincidental, but to people like Rush Limbaugh and myself, it all sounds like an orchestrated political attempt at swaying American’s hearts and minds.

Financial legislation is about to be debated in Congress, and the timing of the Goldman Sachs fraud accusations from the SEC, in conjunction with The White House running keyword targeted ads that read “goldman sachs sec”, make the case for “coincidence” seems a lot less viable.

Was the Goldman Sachs fraud charges from the SEC part of the Democrats plan to gain favor with their financial reform?

Or was all of this pure coincidence and circumstantial in its timing?

If you watched Rush Limbaugh’s video, then you might be inclined to think that the SEC is nothing more than a puppet in the hands of President Barack Obama.

However, listening to the sounds bites that Rush shared about how the White House had no idea, and was not informed on the SEC filings, then you might believe the events were pure coincidence.

American hearts and minds are already swayed by the body language spoken by the so called giants in the Wall Street in these three years and their minds are already sick and tired of their ‘financial innovations’. No doubt we need innovation constantly which only a free enterprise can promise. The general understanding of ‘Innovation’ is supposed to be doing good to the mankind, fauna & flora. Not the one which takes away the dreams of retirees and the innocent investors overnight with ‘financial innovation’ crap.