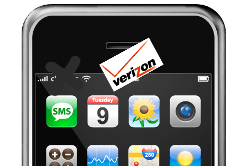 Verizon iPhone – What Does It Mean For Apple?

My prediction still stands that Apple will announce the Verizon iPhone on June 22nd. Rumors have it that Apple has reserver the Yerba Center in San Francisco for June 22nd, and typically this indicates that a big announcement is to be made.

So what does a Verizon iPhone mean to Apple?

One thing a Verizon iPhone would mean to Apple is a huge expansion in their customer market base within the United States. With the iPhone currently restricted to only AT&T customers, there are only a limited number of sales that can be generated each year for the iPhone.

If, or when, Apple starts selling the Verizon iPhone, Apple will instantly make themselves a more competitive force in the mobile phone market here in the United States.

As it is, with Apple only selling the iPhone at AT&T in the United States, the influence of the iPhone within the mobile phone market is limited.

Opening up the iPhone to Verizon will expand Apple’s influence with the iPhone, and the iPhone would become more widely accepted and competitive within the mobile phone market.

Opening doors for expansion beyond Verizon

With the Verizon iPhone comes a couple of implications.

1) The iPhone is programed to run on a diverse range of networks.

2) The iPhone is capable of reprogramming for various networks and configurations.

So with a Verizon iPhone, the question that I see immediately is – if Apple is capable of expanding from AT&T to Verizon, why stop at just Verizon – why not keep expanding the market base to all other major US mobile phone carriers?

Take Google’s Android OS for example. When Google launched Android, they clearly were not thinking about only one mobile phone carrier. Their objective is to have an influence across the entire mobile phone industry.

And now look at the Google Nexus One phone. Already  you can buy it for the AT&T and T-Mobile networks, with Verizon and Vodafone coming.

So Apple, in my opinion, needs to be following a similar business model with the iPhone.

So once the Verizon iPhone hits the market (again, I’m predicting June 22nd, 2010 to be the announcement), then Apple should immediately take the iPhone to all other carriers.

One warning to Apple

Finally, one reason Apple needs to start looking to expand the iPhone to Verizon and beyond is because people are staring to figure out how to load Android OS on the iPhone.

And once that happens – and tell me if I’m wrong – then the iPhone can literally be used with any carrier that owner wishes….  right?

6 replies on “Verizon iPhone – What Does It Mean For Apple?”

You misspelled reserved as reserver in the first paragraph third line

No, the OS has little to do with carrier compatibility. The baseband chipset and supported frequencies for AT&T 3G, TMobile 3G, Verizon, and Sprint are all different. There is some overlap between AT&T and T-Mobile, and likewise for Verizon and Sprint. iPhones will work with T-Mobile but only with degraded speed. That can be achieved with an unlock, loading Android is unnecessary.