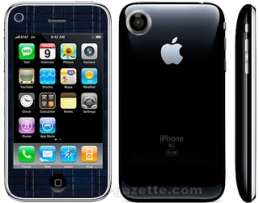 Apple iPhone 4G – Is It Already Late To The 4G Party?

Honestly, I have to say that even if the iPhone 4G is late to the market – which they are because 4G phones are already coming – the iPhone has such a strong brand name throughout the world that Apple will probably be able to over come any “lateness” on their part.

But I do believe that with the recent AT&T exclusive clause extension, Apple is going to have a difficult time expanding market share in the United States whenever they do finally release the iPhone 4G.

Is Apple late to the 4G party?

The HTC EVO Android 4G phone is one great example of what’s coming in 4G mobile phones. And from the leaked information, this Android phone will be available for pre-order by the end of this month (May).

So what to think about Apple and the 4G market?

Ultimately, I’m guessing that so long as Apple is too terribly late to the 4G market with the iPhone, then they’ll continue to thrive and sell massive amounts of iPhone 4Gs.

However, I do believe that Apple is making a mistake by remaining in lock with AT&T and the exclusive clause.

Apple sold out (in my opinion) when they extended their exclusive clause with AT&T just to get AT&T to sell their data plans for half price to customers. This was not the best business decision for Apple, in my opinion of course.

I believe that iPad 3G customers would have paid regular price for the iPad 3G and the data plan, regardless of what the price was. But in extending the exclusive clause, Apple confined their iPhone 3GS and future iPhone 4G sales to only one carrier.

I see it like this – more carriers selling your iPhone, the more sales you’ll make – period.

Your opinion is meaningless, because you don't even know what 4G comprises. The "iPhone 4G" as you call it will likely gain the moniker iPhone HD, because it will likely have the highest resolution screen on the market. IT WILL NOT HAVE 4G data service! It will be a 3G phone, just like the 3gs. Why? Because only Sprint has an already launched 4G data service, and AT&T will not launch their service until 2011 at the earliest, although they recently said 2012. What's the difference? WiMax in its current form from Sprint is about as fast as HSPA+ 3.5G services. However, because of the spectrum efficiency WiMax offers 4G service will be unlimited, and you'll even have a Hotspot option for connecting up to eight devices to your phone. Really, a strong HSDPA offering on AT&Ts part would be comparable for most iPhone users, and they've been working on that for a while. So no, the new iPhone will not be operating on a 4G service, and yes, they will be at least six months, but more likely a year or more late to the 4G phone game… but it's not something most people will be all that bother about. Me? I want my EVO 4G. I like paying $25.60 a month per line for unlimited everything. But if you enjoy paying $30 a month just for data for your iPhone, never fear, the latest iPhone will still be great, despite not operating off of a 4G connection. By the by, the iPhone was late to the 3G game as well… so obviously data connectivity isn't putting people off this device.

"more carriers selling your iPhone, the more sales you’ll make". I have never read a more stupid statement than that which youve been spewing across this article.

This is America, land of profit and consumerism. WHY would AT&T choose to give their competition such as Verizon, T-mobile or Sprint an advantage to sell the iphone WHEN Verizon users have been switching to AT&T just to keep the iphone.

Didn't you even know that Apple made an agreement with AT&T for the ipad data pricing plans in exchange AT&T got the exclusive contract once again? Your opinion is meaningless, useless and completely irrelevant to the iphone issue.

Don't even get me started on your 4G bullcrap.

AND WHY DO YOU KEEP SAYING IPHONE 4G?

THERE IS NO IPHONE 4G! ITS IPHONE HD! ONLY SPRINT HAS 4G… AND VERY LIMITED ON VERY SELECT STATES ONLY

Thank you to all that have posted, whoever wrote this article needs to do some research. The thing I laughed at was the whole iPhone late to the 4g party (which of course is the focus of the article). First of all unless this writer is focusing on Europe real 4G hasn't even graced the market. What about Sprint? Yeah what about them? They are loosing more customers than they are gaining and their 4G is something they rushed out to beet the crowd. Just because you call it 4G doesn't make it 4G (as stated earlier it's somewhere between 3.5G and 3.9G). Do some research on WiMax vs. LTE. And my second point is that iPhone was late to the 3G market and it didn't matter, in fact most of the U.S. didn't know what 3G was until the iPhone came out.